On June 29th, the Winston-Salem Fire Department joined Wake Forest Facilities in a confined space training in the tunnels of our campus.  This first time event was planned to be held annually to strengthen the partnership between the University and the City of Winston-Salem, but after such a successful day of learning, plans have changed to include trainings much more often than once a year.

The training is a Confined Space Drill, a practice run of a rescue team saving an unconscious person (in the form of a 250 lb dummy) and a conscious person as well, played by one of our own trained technicians. After an initial meeting to start the day, the squad of rescuers from the Fire Department was given a hypothetical situation set up by Wake Forest staff, then they took to their sequence of actions, successfully rescuing two people from the scene. 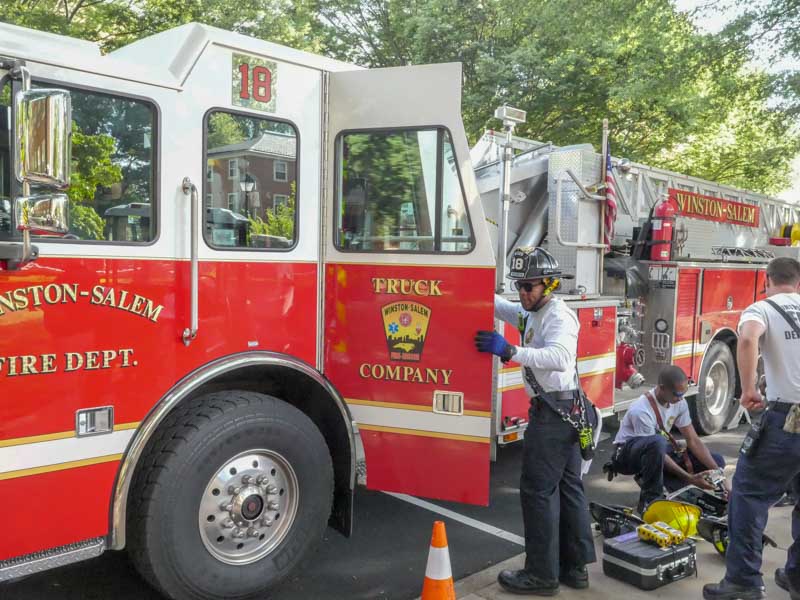 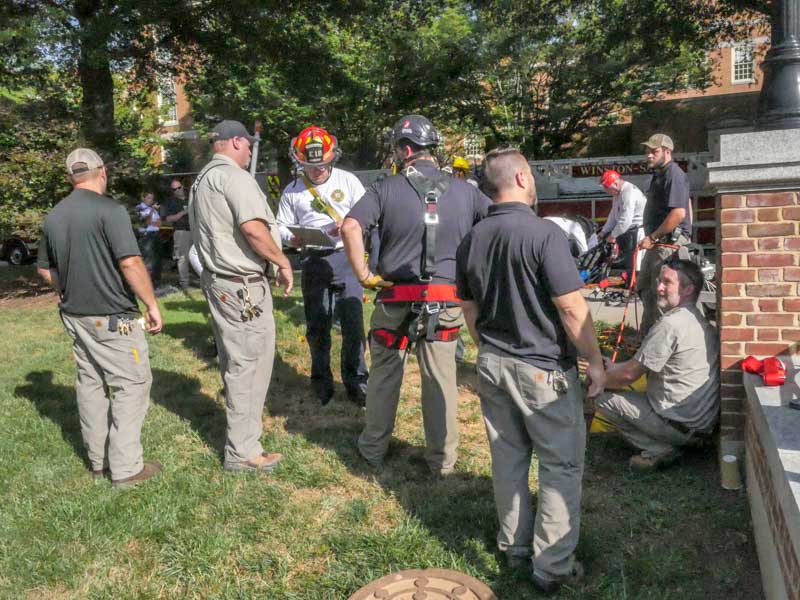 The differences in the Fire Department and our own rescue staff ranges from experience levels to equipment choices, which we addressed in the training session in June.  Wake Forest University’s equipment is rescue rated, surpassing the “industry rated” standards that are more common for groups who do work in tunnel or tower environments.  The fire department used their own equipment, which they were more comfortable with, but evaluated the timely process of replacing the rescue team’s setup at the start of the drill. With learning curves like this in play, both teams get their hands on different ways of achieving the same goal. 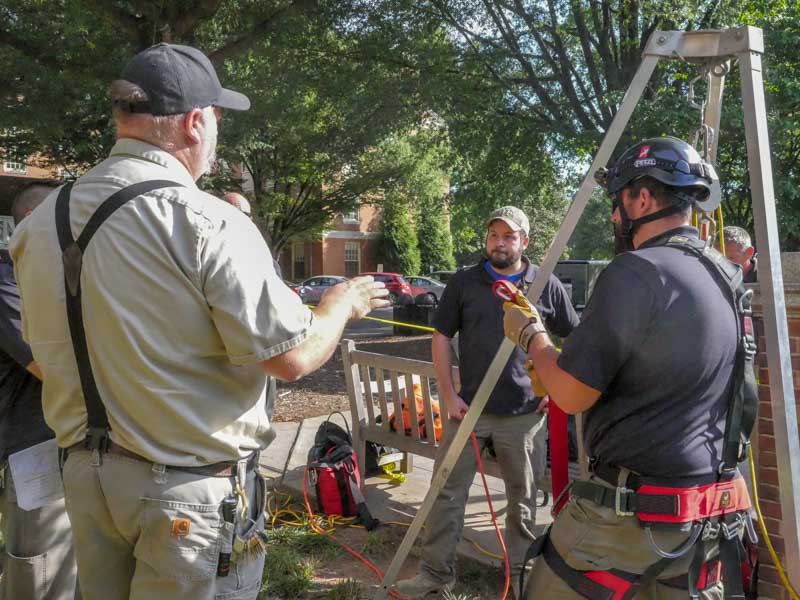 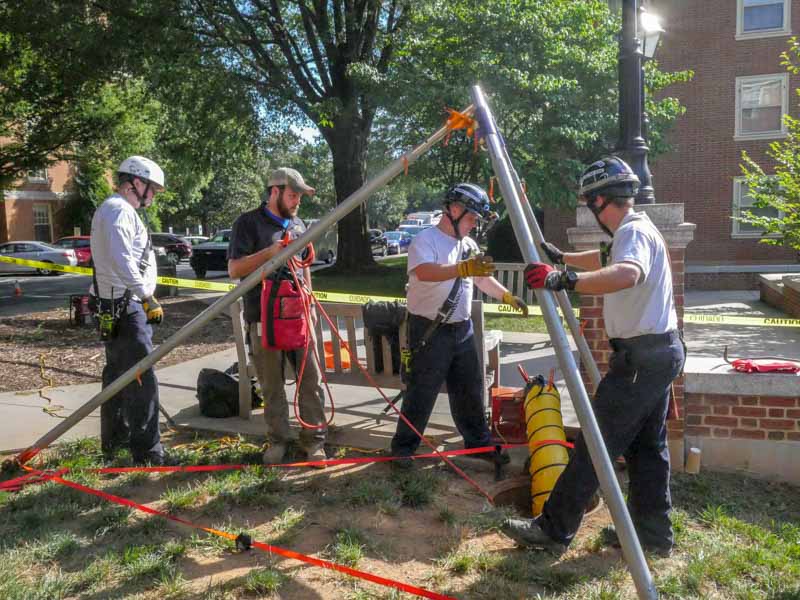 Nick Golden gave some insight as to why this training is so valuable.  “Joint training builds relationships,” Golden says while explaining the process for combining different styles and techniques to get the job done most effectively.  When the fire department collaborates with our rescue team by bringing together different sets of skills, experience, and even equipment, we work more efficiently in the long run.  These trainings prepare us for emergencies in the future and unique rescue situations, should they arise. Continuing our collaborative trainings since June, we plan to strengthen our relationship with the Winston-Salem Fire Department and grow the training program for our community.